The Club advises that former coach Kevin Higgins passed away on 6 July 2019 aged 68.

Higgins was appointed Sturt’s senior coach for the 1990 Season.

Prior to coaching he played 128 games for Geelong debuting in 1970 and transferred to Fitzroy in 1970 where he played 25 games.

Outside of football he was a teacher, hotelier and in more recent times worked with the charitable arm of Cotton On where he worked on overseas projects with disadvantaged communities. 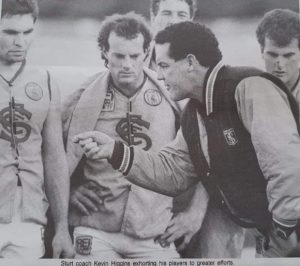