Sturt Football Club regret to advise that Vice President Don Jessop, the former Senator for South Australia and House of Representatives Member for Grey, has died at his home in Adelaide. He was 90. 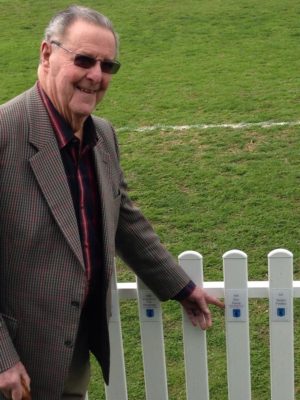 Born in 1927, he served in the Federal Parliament for almost 21 years from 1966 before returning to his profession of optometry both in Port Augusta and Adelaide.

Mr Jessop attended Mitcham Primary School and Unley High School before studying Optometry at the University of Adelaide. Throughout his life Australian Rules Football and vice presidency of the Sturt Football Club were important winter activities and summer was all about tennis. In retirement, he sang with the Adelaide Male Voice Choir.

The former Senator is survived by Barbara, his wife of 69 years, their three children, Meredith, Lynne and Michael, 11 grandchildren and 17 great grandchildren.

Mr Jessop died on May 21. His funeral service will be held at 10.30am on Monday May 28 at Malvern Uniting Church, 44 Marlborough Street, Malvern, SA.