The Under 18 squad started training in November 2018 with 84 players invited to try out for selection. Most of the invited players turned  out at least twice a week and the quality of player coming from our promotional zone was very good. After five weeks of training we selected a final squad of 62 players. Four players, Jed McEntee, Oliver Grivell, Josh Shute and Anzac Lochowiak have trained with the SA Under 18 AFL Hub and our League squad and have been very impressive. That has left 58 players training in the Under 18 squad and that consists of 22 players who attend a college (the school will require their services during term 2 and 3 of the school year), which leaves 36 players who are available for selection in every round. 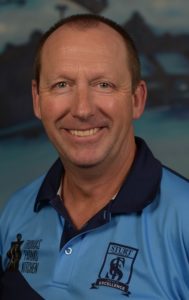 The standard at training has been very high. We train three nights a week and share our time equally between Unley oval, Urrbrae and Cornerstone College. This means that the tyranny of travel is more equitably spread for the players which helps because most are in Year 11 or 12 at school and have a very busy study schedule. The quality of facilities is excellent and it is great to have the new gym at Unley oval, the pool and two ovals at Urrbrae and a fantastic surface at Cornerstone. The players have worked hard and they tested very well in the SANFL Centre of Excellence Testing held on February 24th at Titanium Arena. They tested for speed, agility, power, endurance and body composition and the results had our group in the top 3 for all tests.

We are now entering a four-week trial game period where the players are still doing reasonably high-volume training (20km running per week) but also getting about an hour of football game each weekend as well. The players have had one trial against Norwood at Cornerstone and they really enjoyed finally getting out and playing after 4 months of training. They have combined well as a group and they showed a good grasp of Nathan Grima’s game plan and they scored 16 goals in the game which meant the football was very enjoyable to watch.

The players have a large program delivered to them by coaches Bruce Dawes, Alex Guy, Paul Scott, Michael O’Connor, Joe Hargreaves and Pat Sim. They also have strength and conditioning delivered by Jackson Lane and Brenden Bishop and a goal setting program delivered by Martin Harasek. They are supported by trainers Tamara Lane, Raelee Oatey and Nick Swingler and managed by Steven Rechner and Fabian Muller. It is a comprehensive program and is superbly run by Michael Higgs who ensures we have the resources to deliver all the information the players require. I have been very privileged to coach this program and between the players and staff it has been a fantastic 4 months.

The real season starts in 4 weeks and I am sure that you will enjoy coming to watch these young men play if you get a chance when the senior teams have a game scheduled on the alternate day to the Under 18’s. I know the players would be thrilled to have your support at a game or two and it is a good chance to see the next group of players who hopefully will become the senior players in the near future.
The new facilities are fantastic at Unley oval and the players are looking forward to using them full time once the season proper begins. Thanks to management and the board for all the hard work they did to provide these first-class facilities for the players. It is now a pleasure to show people through both grandstands and all the changerooms and the players are very proud to be known as Sturt players.

Hope to see you at the footy!